If you're at all involved in the online writing community, you already know about NaNoWriMo, affectionately truncated to NaNo.  Basically, you sign up to write a whole novel between November 1 and November 30. Lots of my writing buddies have attempted this. Some have even succeeded.

I have never even tried. Let me tell you why.


The Top Ten Reasons I Say No-No to NaNo
10. The temptation to cheat would be too great. I just know as soon as I slipped behind on my daily word count goal, I'd dip into something I've already written, doctor it up a bit, and cram it in to make it fit. And cheating would be wrong. 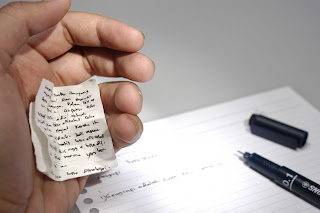 9. I've never really written a "first draft." By which I mean: I fiddle with the parts I've already written all the way through, so by the time I reach "The End," I'm probably on about draft 25 of the early chapters.

7. I may be *cough* ever-so-slightly contrary. If somebody is telling me I have to do something, I can usually find a way not to. Which explains why I haven't yet read Twilight or seen Titanic. Too many people told me I "just had to!"

6. I'm too superstitious. I know, deep down, as soon as I commit to writing a whole novel in a month, something will happen to keep it from happening. My computer will blow up. I'll come down with bubonic plague. There will be a rare November blizzard, and I will be shoveling out until Christmas. The Zombie Apocalypse will descend, and my brain will be eaten. Take your pick. 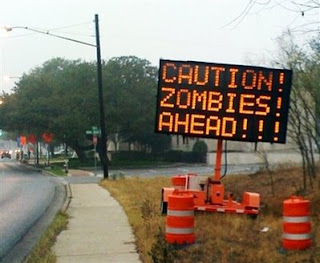 5. November zips by fast enough as it is. I can't afford to age any faster than I already am.

4. Turkey coma. I will eat so much on Thanksgiving that my brain won't be functional until the first week of December.

3. I like to get the laundry done during my daily writing time. We don't have enough clothing to get me through NaNo. 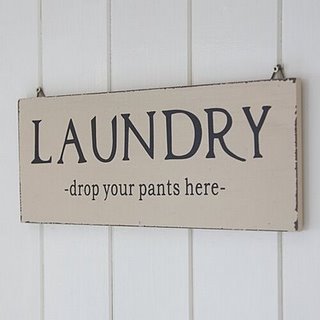 2. If I were to manage to write a whole novel in a month, how would I ever live up to it with future novels? Say I were to take six weeks for the next one? or seven? or even eight? Think how inadequate I would feel. Who needs to feel inadequate?

And the #1 REASON I'm not doing NaNo? Because I know I'd never be able to keep up with regular blog posts if I did. Either writing mine or reading the ones I follow. Yes, dear readers, it's a huge sacrifice, but I'm DOING IT FOR YOU. :)
Posted by Linda G. at 7:20 AM

We are so much alike! I agree! #9 especially! Thanks for thinking of us and keeping the blog going:) I'm with u!

You are too, too selfless to think of us blog readers :)

But if you change your mind & need spare laundry, feel free to stop over.

I've never technically finished a novel during NaNo. Just hit 50k, validate, and then spend the next 5 months writing the last 15-20,000 words. Heh.

I failed miserably when I was working full time, but since I've been at home, it's nice for me to have a writing goal every day. Otherwise I dally around on Twitter and Blogger until somehow husband's coming through the door and I was supposed to've made dinner.

Also, I never saw Titanic either for the same reason. :)

Ha! I think we should compare notes. Every one of your reasons I've used as an excuse not to do NaNo...One other reason I've never participated is because it always seems that I'm either right smack in the middle of a WiP or just nearing the end of one when November rolls in, and I'm not at all ashamed to admit that I'm quite single-minded when it comes to my writing. I can only focus on one set of characters at a time :)

i love the passion NaNo brings out in people. it seems that peeps either love it or hate it.

this time around, i'm loving it even though i'm not participating. i'm using the knowledge that a whole lot of people are out there writing their brains out to inspire me to get fast to work on my revisions.

and it's awesomely helpful for my competitive self.

I had to laugh. I've never read Twilight either and it took me 10 years to see Titanic. A friend told me to make sure I had Kleenex. I didn't need it.

Love your reasons for not doing Nano. And I would miss reading your blog every day! Very cute, thanks for the laugh.

I can send you some laundry, in case that is the main reason you aren't nano-ing. Really.

I'm SO with you! I know as soon as I said "YES!" My fingers would develop a virus that would keep them from typing. Not gonna do it. Nope.

I think my fallout is that I'm too picky when it comes to editing and I believe #9 fits me perfectly ... time to scold myself for pickiness ...

You sure are right about NaNo cutting into blogging time--especially blog reading time. My blog hit count since Monday has shrunk by more than half. Everybody's a-NaNoing

I'm with you and Anne on Twilight and Titanic. I did finally check them out and I think "You HAVE to see this" is code for "this is an emotionally manipulative wad of sentimental glop. Check your brain at the door."

Totally with you, bb. On every point.

Great reasons! I'm still doing it but you're right, I fall into all those traps. Well, almost all.

Michele -- Yeah, #9 was a biggie for me. I warm up every day by rereading -- and tweaking/rewriting -- what I wrote the day before. I need to ease into the new stuff.

Tiffany -- What can I say? I'm just the Mother Teresa of blogosphere. ;) However, knowing how the the dryer tumbling away can be creatively soothing, I wouldn't dream of depriving your muse of it. ;)

Summer -- Boy, 50k in a month is nothing to sneeze at! Good for you. :) And online time IS different from real time--it disappears about ten times as fast.

Karla -- Exactly. I'm not willing to give up my current WIP to start on something new right now, either.

Abby -- I think it's great when it works. I just know myself well enough to realize it wouldn't work that well for me. But I'm a firm believer in getting your incentive wherever you can.

Teri -- So very kind of you, but really, but like I told Tiffany -- I wouldn't dream of depriving your muse. ;)

Candyland -- Glad I'm not the only insanely superstitious one in this bunch! :)

Matthew -- See, I think we #9s should be proud of our edit-as-we-go tendencies. It makes our "second" drafts (when we finally get to them) so much easier. ;)

Clarissa -- Best of luck! Even if some of the traps trip you up, you'll still have a lot of words to work with by the end of the month. :)

I'm with you, Linda -- especially reasons 9 and 5. I'm definitely recursive in my writing, and I can't imagine writing straight through without going back to tweak earlier chapters.

And November -- hellooooo -- report cards and parent conferences!! I'll be up to my eyebrows in student papers until Thanksgiving.

If NaNo were in JULY, I might consider it ... nah, probably not.

Dianne -- I can't imagine even attempting something like NaNo back when I was still teaching -- my head would have exploded.

You know, I'd been trying to put my finger on exactly why NaNo has never held any appeal for me. You hit the nail on the head with every single one of these!

This is the first year I'd heard about Nano and decided, what the hell. I'm giving it a whirl. Day 3 and I'm on track. It sucks, but I suppose that's ok - for now.

I was all for using this month to do the edit version of Nano instead of writing. Then reality woke me up, if I'm cramming because of a fake-time constraint the quality will go downhill. Not the best plan so I gave up on that silly idea.

I heart you, Linda. Just felt I should mention it, since it seemed like confessions are in the air.

P.S. DON'T read Twilight. It is the funniest, most melodramatic quick read I have ever read. It tries so hard, and yet every character is incredibly, mind-bendingly insane. Completely certifiable. Or more boring than watching paint dry. I think my favorite page was the one that went on at length about the dream Bella's dad was having about some trout. That were swimming. Not even upstream, or anything. Just swimming trout. It's rather amazing. Yet I suspect it's that obsessive focus for details that makes it resonate so well with teen girls. Fascinating. But you shouldn't read it because it's like a sickness. It's hard not to think about it afterwards, and you'll never be able to look at certain people the same. Or you might be left wondering why TG doesn't take YOUR engine out of your car when he's declared that you shouldn't go somewhere that you want to go, for your own good. I mean, doesn't he love you enough to make sure you take care of yourself properly? Is it so hard to go that extra mile to ensure your safety? This is the sort of question you will have to answer if you give in to the peer pressure to read Twilight.

I'm trying to do NaNo. The support from fellow writers is encouraging. However, on day 2 of NaNo I was stricken with the flu. This is not just an excuse. AH-CHOO! Bless me. *sniffs*

Tawna -- Ah. You fear the Zombie Apocalypse too, huh? I'll bet that keeps a lot of writers from participating.

Patty -- LOL! I'll keep my fingers crossed that you hang in there. :)

SM -- Exactly. All the rules & that great big honkin' deadline might work for some writers, but I think it would only trip me up.

Elizabeth -- LOL! Okay, I MAY have to reconsider Twilight. You make it sound funny & I find it tough to resist funny. ;) Oh, and TG always takes the engine out of my car when he thinks I shouldn't be driving. Don't all good SOs?

Love, love your reasons. A fun twist on the boring (like mine) NaNo posts.

I would soooo miss your blog posts-glad you said no-no to Nano. Instead, go to town on your bloggo.:)

Trisha -- Your NaNo post wasn't boring at all! Just because something isn't totally smart-ass doesn't make it boring. :)