Formally Yours, a Rerun (aka, What Hairy Legs Have To Do with Manuscripts)

It's that time of year again! Yup, time for me to get gussied up and go to the Ball!

No, not The Debutante Ball. Though I am there today, too, talking about my favorite characters, and I'd love for you to stop by. No pictures of me in the shower this week, I promise.

But in this case I'm talking about the big fundraising Ball TG's employer throws every year to raise money for the arts. Specifically, the arts that provide TG with a job and a paycheck. (Rah, rah, rah! Support the Arts!)

Since I've been having one of THOSE weeks (UBER busy!), I'm going to rerun my Ball blog post from last year. (Hey, I have to put up with a rerun of the big dance. I'm just, um, paying it forward.)

If you don't want to read it again, you can, yannoh, go check out my new material at the other Ball. ;)


Don't send your ms out with hairy legs 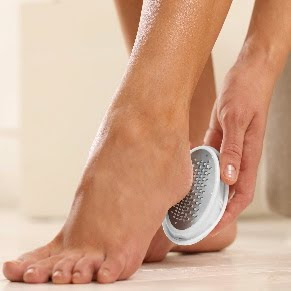 I love this post, Linda. Very clever. (and true!)

this is an oldie but goodie. love it (still)!

Well, I wasn't here last year so this post was fresh as a daisy for me :-)

LOL--I love this visual. And, yup, I wouldn't go out with noticeable hairy legs--so why should my ms?

K-pop -- Thanks! It's always fun once we get there. It's the making myself presentable part that's a pain. ;)

Teri -- LOL! Maybe she could massage your legs and file her nails at the same time? ;)

Great analogy! Now I'm going to the other ball - or blog.

Grating my heels like cheese grosses me out too (it fills up w/ skin...ew!), so I regularly go to the salon and let them have at it...while I close my eyes and enjoy the massage chair. Yeah, that's right, I pay people to groom me.

Well, I do shave my legs all by myself.

(shhh, secret true confession time: in the winter I don't shave every day. I slack off.) (I sometimes skip a shower, too. And stay in my jammies all day.)

Have a fab weekend, L! Enjoy the event. (take pictures of y'all gussied up!!!)

Ha! So true. Definitely don't want to go to the ball with hairy legs. LOL

I loved this!! Lol. Made so much sense. Great way to hit home with women.

I didn't see this last year, so it's fresh and funny as all your posts are. You're a pip, as my mother used to say. Have a great time at the ball and watch out for those glass slippers.

Lola -- LOL! I'm with you on the occasional non-shaving, non-showering days. I won't tell anyone if you won't! ;)

Jennifer -- Even though my dress is long, I'll still shave for the ball. I mean, what if I trip and land ass over teakettle, legs sticking up? Wouldn't want anyone to see hairy legs!

Elise -- Thanks! I avoid those glass slippers now. They pinch my feet. ;)

I probably spend MORE time polishing my manuscript than I do shaving my legs. I confess I get bored by the second leg and start to rush the job. But I will happily read my manuscript over and over again for weeks, shaving, scraping, and polishing.

Have a wonderful time at the ball!