Welcome to my Reality, Carol Kilgore! 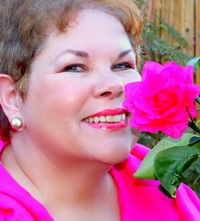 Look who's visiting my reality today: the utterly charming Carol Kilgore! (And I'm not just saying that because she's from my home state of Texas. Though, of course, it helps. Because Texas rocks!)

For those of you who haven't met Carol yet, here's a little about her:

Carol Kilgore has always had stories and characters in her head. She wrote short fiction for a few years and enjoyed a small success as a freelancer before giving it all up for her true love – novels.

As a Coast Guard wife, Carol has lived in locations across the U.S. She and her husband now live in a San Antonio suburb and share their home and patio with two active herding dogs whose mission is to keep them free from danger, real or imagined.

Carol has a new book out, one in a very special genre Carol calls Crime Fiction with a Kiss. (I love that! Wish I'd thought of it.) 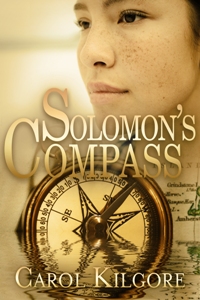 Taylor is in Rock Harbor, Texas, on a quest to unearth her uncle’s treasure—a journey far outside the realm of her real life. There’s one glitch. Taylor's certain the buried treasure was all in Uncle Randy's dementia-riddled mind. Now he’s dead.

Former SEAL Jake Solomon is in Rock Harbor under false pretenses to protect Taylor from the fate that befell her uncle and the other members of a tight circle of Coast Guardsmen called the Compass Points who served together on Point boats in Vietnam.

Jake is definitely not supposed to become involved with Taylor. That was his first mistake. Taylor is attracted to Jake as well, but she refuses to wait for him to locate the killer when she knows her plan will force her uncle’s murderer into action.

But the killer's actions are just what Jake is afraid of.

Hi, and thanks for hosting me today, Linda.

You know how some days are so perfect they could have come straight out of a fairytale?

No? Me, neither. Except for rare exceptions. To balance the fairytale days, I get days ruled by the Queen of the Glitch Fairies. But most of my days, although good, aren’t complete without a couple of glitches and a few oh-no moments along the way.

And then came Solomon’s Compass. Almost everything concerning the writing and promoting of this novel has been filled with trials and mishaps.

In January, I blogged about some of the writing mishaps here. But I didn’t expect the Curse of the Glitch Fairy Queen to continue. Silly me. I should have known better.

In February I started chatting about Solomon’s Compass online. In March, I did a blog promotion with a double giveaway on my blog every week. A guest gave away a book at my blog while I gave away a book elsewhere. A few of those giveaways were a little glitchy technology wise. Or maybe it was The Queen at work. Or Mercury in retrograde.

I also experienced a snafu with Amazon a few days before the release date. They’ve always been professional with me and quick to fix things on their end, and the problem was fixed within 24 hours. Thank goodness! [knocking on wood]

The obstacles didn’t stop with things. People were affected, too. During this blog tour set up and the giveaways in March, one blogger’s computer crashed, one had to cancel because of emergency surgery, and another had to reschedule due to a deadline.

Could there be anything else? Sshhh! I’m afraid to ask.

I have one more day to go on this tour. But I’ve written all the posts ahead, so I’m not sure what else I’ll add to this list by the time I’m actually here at Linda’s.

Let’s hope it’s not much!

Have you ever had an entire project riddled with obstacles and complications from start to finish?

No? I want your secrets!

Yes? I must be at the right place. J

(Linda here again.) Thanks for visiting, Carol! I'm keeping my fingers crossed that there won't be any more glitches, and that it'll be smooth sailing from here on out with Solomon's Compass. :)

You can find Carol and her books here:

Oh, this looks so good and I love the cover!

I hadn't realised the Queen of Glitch Fairies was real! That's great news as it means we can force feed her cake until she's too fat to fly and come after us.

I cringed just reading about the glitches! I have to say you've really handled them well because I never would have guessed you've had so many complications. Your book promotion has been awesome. :)

Wow, Carol! Thanks for taking those glitches for the team...although it sounds more like your team took some glitches, too, huh?
Your book sounds great!

Kimberly - I think my cover designer is awesome!

Patsy - Cake! I should have offered cake! Duh.

Julie - And a tiny one this morning you can read in the comments on my blog today.

Teri Anne - Thanks! My team members are champs!

Carol, Carol, Carol...who do you think Jezebel made the punch for in the first place? The Queen of the Glitch Fairies, of course!
You hide the glitches well, though. No Wingdings in sight, either. ;)

Linda: I love your IAQ's! Awesome.

I focused on the book and cover and IGNORED the Glitch Fairies--can't give them the power!

JEZEBEL! I should have known. It's hopeless ... until I figure out fairy power. Sigh. I think Linda's IAQs are awesome, too.

Kimberly...that must be the secret!

Your book sounds wonderful-glitch or no glitch!

Great cover, it has that air of mystery and timelessness... down with the glitches!!

Nas - Even with everything that gave me a hard time, I still love the story.

Michelle - Yes! Down with glitches!

Have I ever had a project littered with glitches? Oh, hell yah! It's frustrating but boy you feel good when you get it all smooth.

Sia - I hope to find that out one day. And I hope it's soon!

You did a great job pulling it off, Carol. You must be exhausted, even if you did write your posts ahead of time.

Thanks again for stopping by, Carol! And all of you who commented, too. :)

Stina - It's been a really exciting time. But I'm looking forward to a little down time with "just" the A-Z - LOL.

Linda - Thanks so much for hosting me. I had lots of fun. You're welcome on my blog any time.

Hi Linda and Carol! Wow - I so admire folks who can write fiction. Your book looks great! Sorry about the marketing snafus. I heard there used to be a Golden Age where writers didn't have to do all their own marketing! Can you imagine?
;)

I can barely imagine such a glorious thing, Dawn. Great to meet you.

It sounds like a wedding day when you want everything to be perfect but it never really happens that way. Sorry to hear about the glitches! Maybe the bad stuff is out of the way now and smooth sailing from here. Have a great Sunday...Carol & Linda!

Hope so! Great Sunday to you, too.

Thanks for hosting me, Linda. I had great fun here.

Gah! Sorry I'm so late to the party (SNAFUs indeed).

I just rushed off to buy Carol's book - looking forward to reading it! :-)

Cool! Thanks, Diane. I've had email trouble all day, but I think it's OK now. At least it wasn't related to Solomon's Compass!

Here's hoping talking about the glitches will scare away future ones!