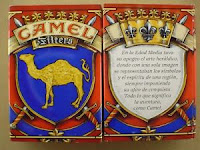 Welcome to a special medieval edition of Hump Day.

Today I'm interviewing a friend of mine, Lynne Sears Williams. Lynne and I go way back. Waaay back. Not quite to medieval times, but close enough. We hung together over at the Compuserve Books and Writers Community back in the proverbial Day, and often critiqued each other's work. I'd read chapters of The Comrades, and she'd read chapters of my drawer novel, Catspaw. (Not sure you you'll ever see Catspaw. It needs to marinate in the drawer a little longer. Maybe forever.) And then we'd tell each other what worked and what sucked.

Frankly, the only thing that ever sucked about The Comrades was how long it took Lynne to finish writing it. I'm not known for my *cough* patience when it comes to reading stuff I love.

A little about Lynne in her own words: 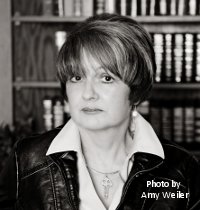 I was born on a street that had only ten houses; four kids went to law school. Clearly, the water was contaminated.
In my 2nd year of law school, I saw the school 'playboy' carrying a large fantasy novel. I made certain my wedding ring flashed protective bolts of lightning, then spoke with him. How did he find time for 'free reading?' "If I didn't read something that wasn't law, I'd lose my mind." Color me amazed, he had a point that didn't include hitting on me! When I got home, I picked up the first book I saw (Tolkien) read for a while, then fell asleep.

I was promptly transported into a dream where there was a great-looking guy and a beautiful woman, with cold wind blowing in from an ocean. As the days went by, each time I closed my eyes, it was like watching a movie as the characters became real. Evan was a king, the woman's name was Morleyna and I *knew* a grudge separated the two kingdoms. (Later, as I researched, I discovered the latter fact was true.)

I gave up trying to understand the Tort Contract Matrix during an honors lecture. On the page where I was supposed to write Brilliant Notes, I decided to draw a map of the country I'd seen. A mountain range *here* a different kingdom *there* and when I got home, I opened an encyclopedia. I'd drawn a map of Wales. A laptop appeared and a story was born.

I worked as a freelance journalist for the Canadian and American Medical Association's Journals. Canadian law professor J. Chris Levy and I co-authored a legal article published by The Alberta Law Review. I finished my law degree at the University of Madison, Wisconsin and interned at Districts 4's Madison Court of Appeal for my final semester. Then I began to specialize; Wales in the 9th Century had a *different* code of laws. I began to write The Comrades, a story about love, war and mysticism.

My thanks to everyone who helped a journalist become an author, with particular gratitude to a playboy who started it all.

I can't tell you how long I've waited for Lynne to finish this book, just so I could see what freakin' happened. (I can't tell you, because she might kill me. Let's just leave it at "a while.") I totally fell in love with her Welshmen. Her hero, Evan, naturally. He's totally swoon-worthy. But mostly his cousin Gareth, naughty, naughty Gareth. *sighs dreamily*

Anyway, Lynne has agreed to be interviewed here on my humble blog.

I didn't choose the country. The characters abducted me at knife point, tossed a laptop at me and said "Write!"  After I began seeing characters as if I was watching a movie, I decided to go along with it. The 8th Century gave me access to other notable people; Charlemagne, Kenneth MacAlpin, the first king of Scotland, and King Alfred the Great of England. It also provided Celtic law, Danes and Vikings.

2. Why did you change the title from your working title of POWYS? Were you afraid potential readers wouldn't know what a "Powys" was?

[Hint from Linda: Powys is a place, not a thing.]
3. Morleyna seems to be to a creature of dichotomies. Innocence/worldly wisdom, biddable/rebellious, timidly nonthreatening/scarily intimidating. Intentional, or did she just spring forth that way?

I had no control over her at all, which is confirmed by most of the other characters.

4. I love the character "Aunt." Did you base her on anyone in your real life?
Aunt is who she is. Sometimes she's sweet and very kind but she can be as mean as a dragon. I like the way she reacts to everything, whether telling her nephew that he should dry his hair after a rainstorm or wading into an argument in the courtyard. Her views on getting married or flicking a cloth at invisible dust make me smile.

5. You weave historical detail into the novel seamlessly. It's obvious you really know your 8th-century Wales! So, was it tough to resist the urge to info-dump?
Not really. It was difficult to edit a long book into a smaller one. Sometimes things are interesting but not necessary. A writer once coined the phrase 'killing your darlings.' In other word, edit, edit and edit. Rinse. Repeat.

6. Can you briefly describe your writing process? Do you plot and outline, or do you wing it?
Wings. I can't plot to save my life. It enables the characters to decide what will happen next. This resulted in one chapter being titled as 'Surprise!' because I had no clue it was waiting to be written. It was, so I typed till we were finished. Sometimes I was astonished at who wanted to talk that day. I see every character as if they are real because at the end of the day...they are.

7.  Finally, do you have any semi-naked pictures of Gareth for me? (Okay, probably not an appropriate interview question, but, hey, this is me. I had to give it a shot!)
Yes, I do have a picture of Gareth with no clothes. He says come and get it.
[Linda is fanning herself now.]

Thank you for the interview, Linda! I look forward to reading your novel.
Thanks for being here with us today, Lynne!

For those of you interested in historical fiction 8th-century Wales, and a roaring great story, here's a cool book trailer for The Comrades:

You can read more about The Comrades at the publisher's website: Heart Ally Books. It's also available at Amazon and Barnes & Noble. Yes, it comes in both trade paper and in e-book formats! (I have both.) Well worth the read, and I'm not saying that because Lynne is my friend. That part is just fortunate happenstance.

Have you ever been to Wales?

Have you ever seen a whale in person?

What makes you wail?

Take your pick, or answer all three. Or, yanno, say anything about anything at all in the whole post. I'm not picky, and neither is Lynne.
Posted by Linda G. at 6:12 AM

Great interview thank you both!

No I haven't Gloucestershire would be the closet I have been to Wales.

Yes, on both the South coast and east coast of Oz

Dropping something heavy on my toe

Lisa, thanks for the interview.

Lynne, what a way to get inspired! It shows we can't categorize anyone entirely.

I love the story about how this book came to be! Wonderful, wonderful!

No, I've never been to Wales, but I'm a regular watcher of Torchwood. Does that count?

We both featured Lynne on the same day!
I posted a review

Also, hello Gareth. Re: that unfinished business with the lady down in the bowels of the Keep. She's gone now, but if you're passing around naked photos, why not let me have a glimpse of the real thing?

Theresa -- I know, right? Who knew a lawyer like Lynne had such hidden depths?

Interesting and fun interview. Nice to meet you, Lynne. Good luck with your book. Linda, I'm not at all surprised about Gareth :)

I saw this book this morning and found it fascinating. Can't wait to read it, it's on my list. Best of luck Lynne.

Love the camels for today Linda.

yes, i have been to wales, but it was only for a brief stay at the end of my semester studying in london. it was charming and i'm sure this book takes its cues from its setting. can't wait to read!

Fantastic interview! I love how the story and world and the writing just subconsciously infiltrated her life. So cool!

Would like to visit Wales before I move from England.

Plan to go whale watching in Hawaii or Alaska.

My dogs sick, a heartbreaking movie, the sound of a child crying, all make me wail.

Great interview. I may have to add this to my (ever growing) TBR pile as I happen to be partial to Welsh historicals.

Hello, everyone! The story about how the characters took over is 100% true.
It was intriguing, as opposed to,'you're in need of a straight-jacket, lady!" At one point, Linda said Evan *almost* grabbed her loyalties from his bad-boy cousin, Gareth. Thanks to all who may put this on their TBR list. The Comrades is a delightful journey, now that it's finished. Have fun! Thanks again, Linda!

Oh, Linda! Forgot to say I'm working on Gareth's book now, or would be if I would get off the internet. Hugs!

I've been to Wales a few times. In fact, we're probably going to move there in three years (less if, by some miracle, my daughters get into a certain school there next year that only takes about 20 kids per year!).

You had me at Evan. That name is very special to me. Wow, what a journey. Sounds like an awesome read!