When I was six, I wanted a pony more than anything in the world. 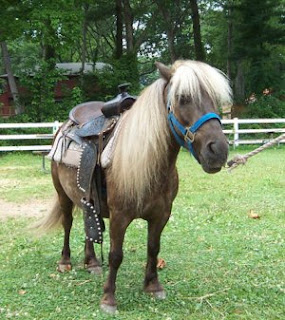 When I was ten, I upgraded to wanting a horse. 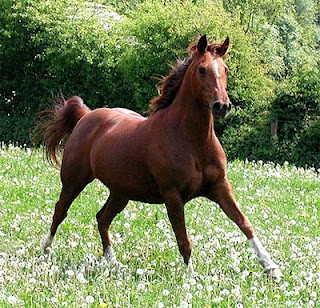 When I was sixteen, I wanted a Mustang, but got a Pinto. 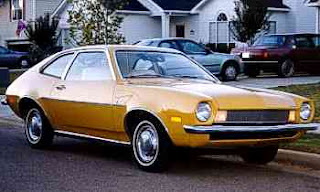 (I got the Mustang when I was 22. Sadly, it was after they lost their cool body, so, really, it was just another Ford.) 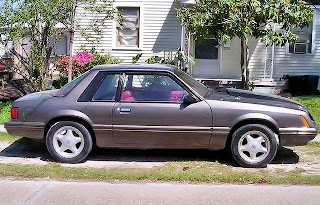 It seems some "wants" come with expiration dates. Apparently there is a window of opportunity for wish fulfillment. A Shetland pony when you're fifty isn't going to cut like it would at six.

Same goes with books. The reading material that appeals to you at fifteen isn't necessarily the same as when you're forty. Desires change; tastes evolve. I discovered Gone With The Wind when I was twelve. Read that sucker at least ten times before I was thirteen, and haven't picked it up since. I'm afraid to now. Afraid I'll destroy the magic that surrounds it in my memory.

It's kind of sad to lose the bone-deep want of certain things. Letting go of that part of yourself. I can look back on my childhood and remember how deeply I yearned for my own horse. How crushingly disappointed I was one Christmas morning when I awoke to the sound of whinnying in the living room, and rushed in thinking, Finally!, only to find by baby brother pulling the string of his new "Farmer Says" toy. 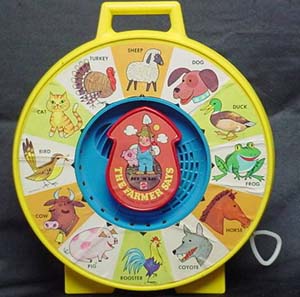 But it's almost like it happened to another person. I remember the event, but there's cotton wool buffering the emotions. Which, I suppose, is a good thing.


There is one thing I haven't lost my "want" for: 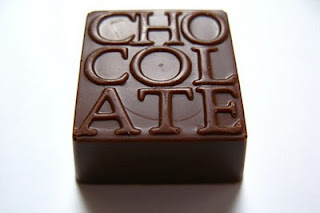 If that ever goes, just shoot me.

How about you? Have any of your wants expired? What did you used to want more than anything in the world, but don't anymore?
Posted by Linda G. at 9:08 AM

now i just focus all my energy on CHOCOLATE. and ICE CREAM. and CHOCOLATE.

I wanted a horse for a long time. Never so much a pony. I wanted a Palomino. :)

Later, I wanted a monkey, and then I wanted to become a primatologist. That want took me all the way to college, where I then met my now-hubby...and then the want turned into wanting to spend as much time with him as I could. So I became an English major. The monkeys might be better for it.

Nowadays I just want my cats to be good and my mug to be full.

I never really cared about ponies. I remember one year for my birthday, I begged my parents for a kitten...didn't get it. Not until christmas when they wrapped up a can of cat food...which ticked me off until i realized it meant that i could have the cat. :)

Oh, like you, I wanted the ponies and horses too. Never got one. (But can you imagine how much that Pinto would be worth today?)

Again, like you, (are we twin daughters of different mothers?) I've read books in my youth and then re-read again now and wow, I shouldn't have. The magic is gone.

Kind of like Lord of the Rings. I read it when I was in high school, reread it before the movie came out and I cried when I saw it because it wasn't anything like it was in my head.

Some things are better left in the past. They can crush you if you're not careful.

My best friend in the third grade and I used to play with our Jane and Josie West dolls and horses and talk about the ranch we were going to have when we grew up.

And I also had a Pinto...mine was a way cool station wagon, until I was rear-ended, but that's not a family story.

And now I live on Mustang Dr., in a subdivision with a horse statue at the entrance.

When I was very small and everytime my father took me into town I'd want to ride on a horse and cart. Every single time he'd say "Next time we're in town." Every time guaranteed, I'd ask he'd refuse and promise it for next time.

I soon grew up. I was 18 and went into town with my father for some reason. "You want to ride in the horse and cart?" he asked.
I said, "What? Are you kidding? NOW?"

nope - never outgrew the horse or pony thing. There's four horses and two miniature horses outside and quite a few of the little plastic ones in the house as I type this.

Not going to outgrow the chocolate thing either, I'm with you there.

I'm trying to remember any books that haven't held up for me. Louisa May Alcott's books have been on my 'need to reread' list for a while now, but I was an adult on the last reread and I still enjoyed them then. One of Anne McCaffery's earlier books (Restoree) I still enjoy, but after I started writing, I could appreciate how much her writing improved and grew in her later books.

I don't think I ever wanted a pony. I loved horses but didn't care for the stench.

My wants generally consist of things like "No homework" and an A in math (those two don't go together). Oh, and a published novel. I know, I have outrageous expectations.

As for Gone With the Wind, I got through the first 2 pages, read the last chapter, and found out that "Ashley" was a man. Honest to God, that's the only thing I remember about that book.

I also want world peace. And chocolate. And like you, if I ever stop wanting either, I'm a goner. :)

I read Gone with the Wind when I was 18. This was 1958. I haven't read it since. And haven't re-read other books because, like you say, I don't want to lose that magic feeling that lingers in memory.

I found your comment on KarenG's blog just now and came over to meet you.
Ann Best, A Long Journey Home

Horse-- for sure. Had one, got over it real quick. BTW-- a Pinto that exact same gross color was my first car, but even less cool-- a wagon. Now? I had to say I'm kind of over wanting a novel published as badly as oxygen almost. It's just suddenly not there, yes-- like it did happen to another person. Huh. :)

Summer -- I went through a monkey period, too. Almost had my mom talked into it, before she came to her senses. (Mom is an animal lover, so it was usually pretty easy to talk her into anything pet related. She didn't consider horses "pets," though.)

Anne -- That Pinto wouldn't be worth much today, since it was pretty much worthless by the time I traded it in. The transmission was dead. But maybe we are long lost twins. Do you have a freckle on your right butt cheek, too?

Demery -- LOL! Hey, that's the best thing about dreams. They don't have to be practical. :)

Teri Anne -- I hope you didn't experience Exploding Pinto Syndrome. :( And that is so cool about the horse statue -- I would love that!

Also, thank God I didn't wind up with any of the teen heartthrobs I had crushes on when I was a kid. Whew!

Jill -- Miniature horses too? That's cool. Are they as sweet as they look?

I haven't read Little Women since I was a kid. I might have to try that one again.

Genette -- Real "horse people" don't mind the smell. :) And LOL-ing about Ashley being a man. That was kind of a shock to me, too. I'd never seen it as a man's name before GWTW.

Deb -- Hey, I went through a veterinarian phase, too. Then I realized they had to stick needles into animals, and I changed my mind.

I was a farm girl. Never wanted more critters to need to shovel for...

But I have wanted many, many things. And some of those things, thank gawd there was an expiration on those pining moments. :)

Well, at least you didn't get a Charley Horse.

I like that my wants have changed. I also like that I didn't get everything I wanted when I wanted it. Sort of like, thank you for those unanswered prayers. Because when I look at where I started, to where I have been to where I am now, I am so glad that is the road I have traveled and what may have been different if I had gotten even one of those things that I had asked for way back when, but didn't come through. Okay, I just confused myself, but you get the gist.