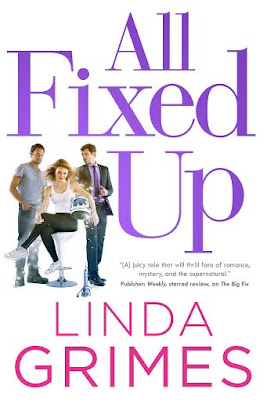 Here's a closeup of the picture: 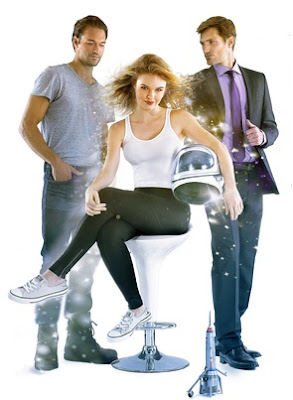 Aren't those sparkly stars great? They not only allude to the magical quality of Ciel's aura-adapting ability, but also to the NASA theme of this particular book.

CAUTION: If you are under the impression that I am a sweet and decorous lady (though, if you've been reading my blog--or my books--for any length of time, I don't see how you could be), you might want to stop reading this post now. Nice cover, blah-blah-blah, so forth and etc. See ya on the shelves!

But if you happen to appreciate the occasional descent into juvenile humor, please proceed.

Now on to the *ahem* bonus inappropriateness.

Really, I probably shouldn't be telling you this, but according to one of my (admittedly notorious for her inappropriateness) critique partners, Tawna Fenske, it's too good not to share.

And, after all, it is a peek behind the scenes of the publishing process, so I suppose we could call it educational. Yeah, let's do that.

Just don't tell anyone I showed you, okay? Shhh...

See, when my editor first sent me the cover picture it was fresh out of the Art department, and a certain *cough* wrinkle hadn't been, um, ironed out yet.

Which made for a very happy picture indeed.

Now, most people probably wouldn't even notice this, um, anomaly, but it popped right out at me. (What? Attention to detail is an important quality in a writer.) 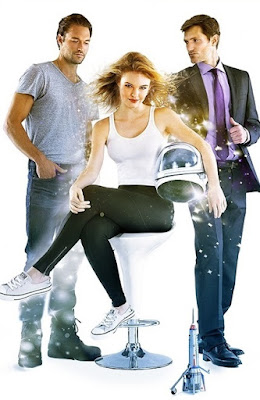 Oops. Do you see it? No? If you're reading this on a small screen, you might have to blow it up. Er, so to speak.

Yes, I admit it. My first thought when I saw it was, "Oh, my God! Is that a rocket in Mark's pocket, or is he just really happy to see Ciel?"

(Imagine me giggling. Because I was.)

And then I noticed that Mark isn't really looking at Ciel. He's giving Billy the stink eye.

(Now imagine me giggling hysterically. Because I was.)

I gave brief thought to not mentioning it to my editor, because yeah, it would have made a fun cover (at least for those who, like me, pay attention to detail). And who knows? It might have even created a little buzz, which could conceivably help sales. But my higher self took charge and pointed out the "problem," whereupon someone in the Art department airbrushed that "crease" away.* (Yeah, right. Crease.)

Now, if I were the decorous type, I never would have dreamed of mentioning it here. But we all know better than that, don't we? ;)

Besides, Tawna was right. It is too good not to share.

*Pro tip to photographers: make sure your cover models' suits have been adequately ironed ahead of time.

Looks fine to me - must just be your imagination. (Imagine me looking innocent and not giggling even if that's not actually the case)

Patsy -- Well, my imagination DOES tend to run away with me at times. ;)

Now I (a) can't stop seeing the "wrinkle" in BOTH covers and (b) won't ever be able to look at this without giggling madly. Not that I'm complaining about either situation...

Bahahahaha!!!! Bonus inappropriateness - it must be my lucky day! Mark is looking particularly perky, isn't he? But then again, I always had the impression that he was a fine upstanding citizen.

You can hardly (see what I did there?) blame him, though. After all, look where Ciel's hand is. *snickers* In fact, if you want to get technical about it, both of her hands are rather... erm... strategically placed.

That is going to stick in my mind and I am sure I will have some chuckles over it for a while.

What the hell, I'll just go ahead and take the inappropriateness up another notch--considering where 'Mark' is looking, perhaps the art department should have been more aware that the model had a crease in his pants for 'Billy'.

Oh, that is just too funny, and Tawna's right. That was too good not to share. Ya know, Ciel's hands are both in rather... interesting... places.

You may be too young to know about this, but in the '70s, the Sears catalogue messed up even worse. I mean, WORSE. (Or, um better... depending on how ya look at it...) It was in the men's underwear section. One guy's, um, dangly parts, must have not cared too much for the undies, because they were peeking out and smiling at the camera. So to speak. How they missed that, I don't know. It was quite obvious. We actually had the catalogue, and after laughing ourselves silly over it, ended up giving it away. Dummies. Talk about a collector's item...

Sherry -- They say laughter is good for the soul. ;)

Kari -- Yeah, that's what cracked me up the most, and is why I didn't let it stand. Er, so to speak. Don't want to give readers the wrong idea about Billy and Mark. ;)

Susan -- Oh, my gosh!That is too funny. I wish you'd kept it. Think of the blog fodder that would have made! *grin*

My first thought went in the Diane Henders direction - Ciel's hands are both in happy places.

Thanks for the bonus inappropriateness. I can never pass up a helping of that.

Hysterical! As for the placement of her hands in the final version, I didn't notice at first (because Ciel is obviously in the foreground), but now I can't stop looking!